What’s the most exciting thing you’ve worked on at DreamWorks?

DreamWorks has a rich history of taking on ambitious engineering projects to push the limits of what Technology can do in support of Animation. I was fortunate enough to be an engineer on the team that first pioneered the use of MicroService Architecture to better track data across our complex Pipeline. DreamWorks was an early adopter of this approach and has built some pretty amazing software as a result of it!

DreamWorks Technology is a very dynamic and fast changing environment which is pretty different from your usual Software Engineering company. We are unusual in that the clients of our Software are sitting right next to us as we build. This allows us to quickly iterate and get a quick sense of validation on what we’re building. It makes for a very exciting environment to work in!

"My mother was a professional artist growing up and had grown accustomed to being surround by creative people. Even though I had a passion for Technology, I somehow managed to find a profession that allowed me to still be surrounded by artistic forces while doing the thing I loved: Software Engineering."

It’s really nice because you’re surrounded by very intelligent, creative, talented, and dedicated people who are humble at the same time. They are always willing to help and are so eager to solve real problems. Another perk of the job is a good mix between technologists and artists who are very technical themselves.

How did you get hired at DreamWorks? Tell us the story!

I got connected with the people in the FX R&D team back in 2016, and I spent a few months doing an internship in the summer of 2016. I had such a great time working with such a talented and wonderful group of people that after a year of spending time in academia, I decided to come back.

“Maintaining a passion in what you're doing will carry you far.” 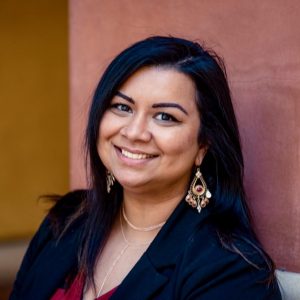 What inspired you to choose this career path?

I’ve always loved animated movies and video games. As a kid, I remember being absolutely mind blown by 3D animation when Toy Story came out. Then later, when I started seeing some of my favorite games that I used to play as top-down 2D games (such as The Legend of Zelda: A Link To The Past) evolve into these 3D open world beauties (like The Legend of Zelda: Ocarina of Time) just a few years later… that’s when I decided I wanted to be in graphics.

How did you get hired at DreamWorks? Tell us the story!

Back when there were internships during the academic year, if the internship was on a school semester term, students were limited to working at the internship only 3 days a week. Since I was only working on my graduate project outside of the internship, I wanted to put more time and get the most of my DreamWorks internship experience. So I would ask my manager to allow me to come in on the other days to learn more, or maybe work extra hours in secret. (He said no, of course.) Within two months of me starting the internship though and after some attempts of me trying to change his mind, he brought me into his office and asked if I would like to join on as an Associate. This would allow me to work the full week, and I happily accepted. A little over a year later of being on contract, and that position turned into a full-time regular engineering position.

“I couldn't ask for a more creative, nurturing, and fun place to start my career. I look at the people around me and easily recognize that I have so much more to learn.” 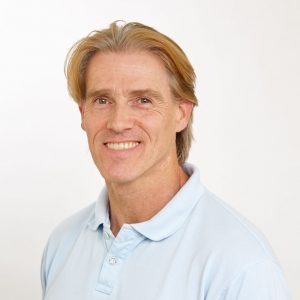 What’s the most exciting thing you’ve worked on at DreamWorks?

Undoubtedly, helping MoonRay reach the point of rendering its first full-length feature film. I felt an overwhelming sense of pride at being part of a team that helped deliver the concluding part of the Dragon trilogy. A frequently occurring element of the film’s reviews was the praise for its visual quality, so we must have done something right.

What do you like to do on your free time?

I like to volunteer and help out where I can. DreamWorks provides so many opportunities for giving back to the community that I feel inspired to give my best. I try to take part in all the local NBCUnites events with non-profit organisations, and I help run some of the DreamWorks clubs including Toastmasters and J/K Comedy Club. The culture at DreamWorks is unique and special and should be preserved, and I find it fulfilling to get involved like this on a deeper level.

“My school and university years were very maths- and science-oriented, but coming as I do from an artist family I suppose I must have some artist blood in me. Rendering seems to perfectly combine these two disciplines - maybe my two hemispheres as well.”